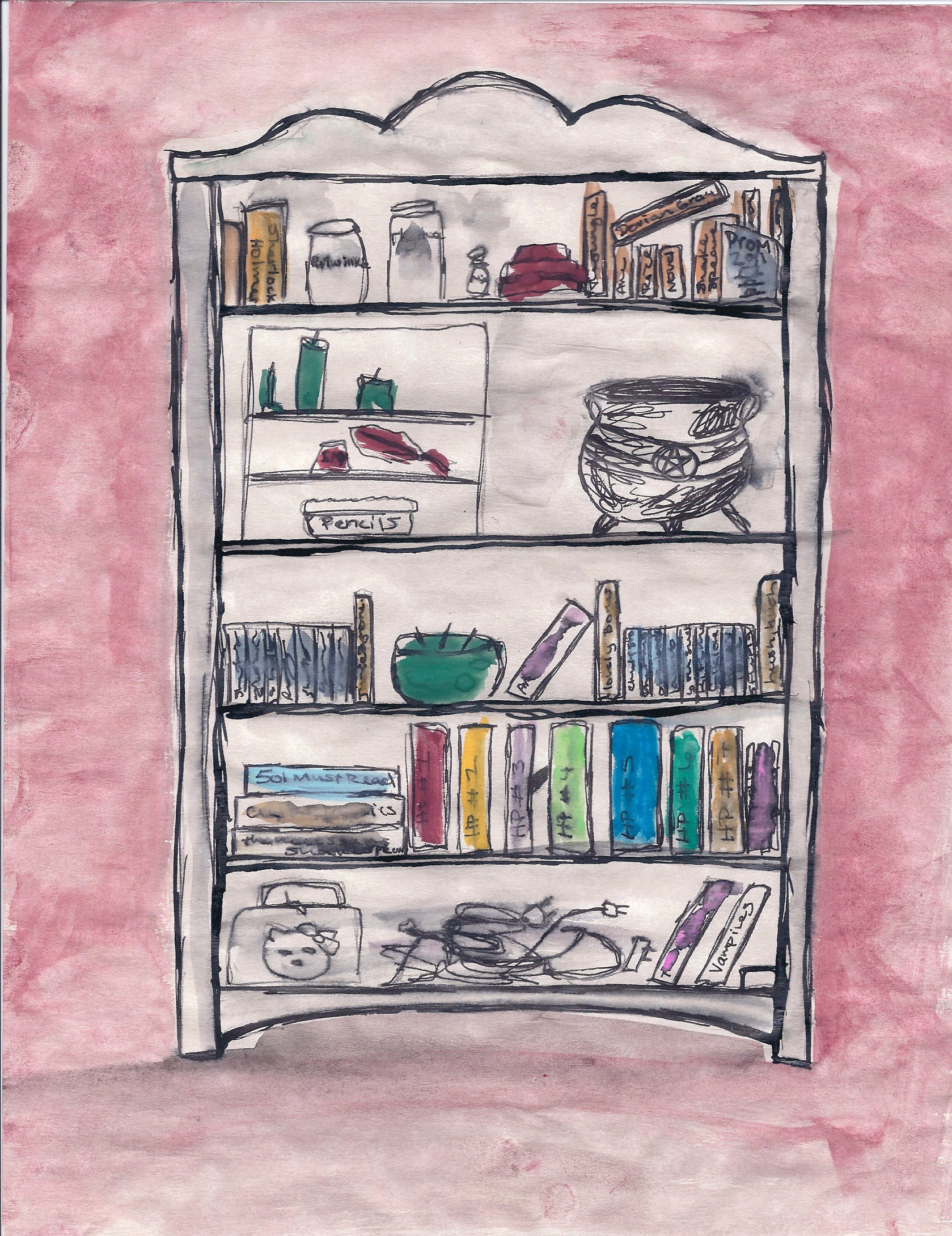 It began with a bookshelf.

An ordinary bookshelf made of dark wood, devoid of elegant carvings or an elaborately decorated plinth. In my mind it looms far above me. Although, I suspect, if I stood before it now, it would appear quite normal, perhaps even a tad small. Like walking into a house from childhood, and discovering the rooms aren’t as large as you’d always imagined, the ceiling not as high.

When I was a child, my father was posted as manager of various tea estates in Assam. One in particular, Harchurah, was about an hour from the (then) small town of Tezpur. We lived in a bungalow perched on a section of high ground that overlooked a vast spread of paddy fields, visited occasionally by herds of elephants and rhinoceros. I was sent to a school in Shillong, seven hours away, where I lived with my grandparents, and learned how to sing hymns (“God Still Loves the World”) and recite poetry (“The Listeners by Walter de la Mare”) from the Irish nuns at Loreto Convent. The lucky thing about studying in a hill station town were the three-month-long vacations from December to March, when I would head back to Assam, which inarguably has the loveliest winters in the world, speckled with golden-honey sunshine and crisp, chilly nights. My father would pick up my elder sister and me, in a trusty old grey ambassador, or later, a rattling white Gypsy, and we’d begin our descent from the cold grey hills into the warm, sunny plains, where the roads were wide and traffic-free. Along the way, I’d flag the landmarks with mounting excitement – Jorabad, the Kolia Bhomora Setu Bridge across the Brahmaputra, Nagaon, Tezpur, and finally, off the main road through the white gated entrance of Harchurah. On dirt and gravel paths that wound through carpeted sections of tea plantations, shaded by tall oak trees, and stopping at the bungalow porch. Later, after tea, and a bath to wash off the dust, I’d rush to what was called the ‘aina kamra’ – an area of the open veranda closed off by walls of glass. There, in the corner, I’d stand in front of the bookshelf, filled with a beginning-of-holiday joy, and an incredible sense of embarking on an adventure. Each book a raft, a treasure hunt, an exhilarating mystery, a secret room, a set of wings.

The reason behind why I write can be traced, with a magical, long-winded silver thread, to that moment – the seconds before I picked my first holiday read (usually something from Enid Blyton’s Famous Five series), when I stood there, all of ten or eleven, looking up at a bookshelf with wonder.

Excerpt from “Journey from the Hills” in Shaping the World: Women Writers on Themselves (Hay House, India, 2014), edited by Manju Kapur

5 Replies to “Journey From the Hills”