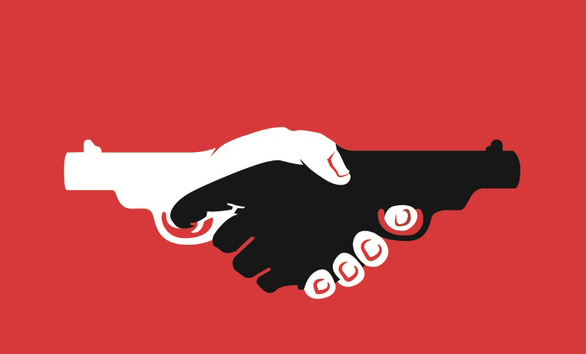 Years ago, when I moved to Delhi from Shillong to study and consequently work there, I had little notion of being a ‘Northeasterner.’ Until, of course, I was repeatedly reminded – by the couple who refused to rent me a flat in East of Kailash, by the lady who didn’t want me to move into her barsati in Defence Colony. Through these experiences I realized that, after a while, there is a real danger of relinquishing the possibility to imagine ourselves beyond categories. We simply accept to align with certain identities – ‘us’ as outsiders, ‘them’ as locals – using a language that is distinctly polarised.This article doesn’t seek to add to this by fielding a list of accusations – for we know that violence and discrimination against ‘outsiders’ committed in Delhi, the ‘Northeast’ and elsewhere, are equally extended and horrifying, and little is reaped from comparisons. Lists are counter-productive; this is not a sordid competition to evaluate where and how the worst atrocities are perpetrated. Instead, I’d like to attempt to scrutinise the exceedingly insidious nature of thinking in ‘categories’.

Categories dehumanise. We might apply them to rocks and plants, but when we slot human beings into Hindu, Muslim, Dalit, Brahmin, Northeastern, South Indian, we crush the infinite complexities we are capable of harbouring. I even hesitate to claim that we should be united in our citizenship – “We are all Indians” – because in that too is the implication that we cannot just accept our differences, whether religious or ethnic, without referencing some vague, artificial idea of a nation, as opposed to common human belonging. Categories create convenient distance. By removing them, all you are left with are people. Flesh, blood and bone.

When an event like Nido Taniam’s pointless death hits us, amidst the indignation and sympathy, there has been a particular type of response that poignantly illustrates what I mean. That is, labeling Nido as representative of a category – ‘Northeasterners’ – which likely happens for a number of reasons. One, because his death can be constructed into a collective history of discrimination and neglect that shapes an identity, of being the ‘Northeast’ to India, which may be leveraged as much for victimhood as for revenge. And the other, that this is a category that cannot claim any purity for its dead, given the fact that non-tribals equally suffer mistreatment in the Northeast. Notwithstanding years of ‘beh dkhar’ (chase outsiders) agitation, recent violence surrounding the Inner Line Permit in my hometown Shillong bears glaring testimony – Vikas Nandwal was set on fire, Vidya Devi Chokhani died after a petrol bomb attack at her shop.

Any such acts are terrible. When we are confronted with news of this sort, we have a choice. One option is to slot these killings in a history of violence that warrants reciprocity. In which case, we might counter public outcry with the suggestion that ‘Northeasterners’ have little to complain about. That their ‘kind’ is just as guilty against ‘dkhars’. And, in the Northeast, someone else might try to cast hatred towards ‘dkhars’ by referencing stories like Nido Taniam’s, and of how ‘non-tribals’ somehow deserve what comes their way. So, in both instances, a history of hatred between opposing ‘categories’ is constellated through the deaths of innocents.

Worst of all, a response of this sort –  that immediately connects Nido, Vikas and Vidya to the reciprocal misgivings of the other camp – only ensures that we avoid taking in the only lesson that can be drawn from their atrocious killings. That thinking in categories insulates us from the empathy that makes us human.

So, there is another option. Which is to look at Nido, Vikas and Vidya as human beings killed for no reason. And that the outcry and mourning for their loss is never the property of one special category of people above others. It is our common humanity that is wounded. A wound that is not healed by attempting to find a ‘policy’ response, as this requires framing the problem as one of the ‘integration’ of categories, which are consequently further reinforced as separate. For example, including ‘Northeast’ writers in literature courses, ‘Northeast’ history in school curricula, issuing Inner Line Permits to demarcate insider-outsider spaces. Rather, we need to start becoming aware of the ethical blind alleys that our ways of reasoning lead us into. Of mistaking the problem of dwelling together as one of living separately as equals. Thinking in categories stands in the way of being able to see a common humanity, to band together as it happened for Jyoti Singh Pandey. She never deserved to die, neither did Nido, or Vikas or Vidya. If we catch ourselves rationalising any of these deaths by suggesting association with a category that is not ‘pure’ enough to warrant our mourning, perhaps we should remind ourselves that it ought to be much easier to do away with a category than another human being.

11 Replies to “Putting People in a Box”